Tune in to our Facebook and Youtube pages for Asolo Rep's new MAKING MUSICALS competition, designed specifically for an online audience. On May 21, June 25, July 9 and July 23 at 6pm, we will preview four completely new and original musicals on our Facebook and YouTube pages. Each 30-minute session will consist of a fifteen-minute preview performance of one new musical, followed by a fifteen-minute discussion with the playwright/composer and James Monaghan, Asolo Rep Dramaturg and Literary Manager, and Celine Rosenthal, Asolo Rep Associate Artistic Director, who serves as the Director of the Ground Floor Series and is also directing all four musicals.

To add to the fun, we're incorporating a Virtual Happy Hour into the presentation. One day prior to each performance, you will receive an email notice of the broadcast that includes a cocktail recipe specifically chosen to compliment the theme of that week’s new musical.

Patrons wishing to vote for their favorite musical will be required to register online through the link below.

Following the last performance, registered patrons will be emailed a ballot to be filled out and submitted to the theatre within 48 hours. To qualify to vote, patrons must be registered, they must have viewed all four performances and they will only be able to vote once.

In 1783 Paris, the height of fashion is aspiring to new heights on the wings of Hot Air Balloons. At the center of Balloonomania is Jean-Pierre Blanchard, desired by women and envied by men - his daring exploits are well documented - But this is not his story. Plucked from thin air, Sophie uses her courage and cunning to dazzle monarchs, inspire the public, and rewrite history. This energy packed, female forward, rock and roll romp smashes the historical with the modern to bring us the untold story of Sophie Blanchard. The world will never be the same.

Johnny and the Devil’s Box

In the dark days of the Great Depression, a beacon of hope shines from the depths of the Georgia foothills: Johnny Baker plays the meanest fiddle the world has ever seen.  When a mysterious preacher rolls into the small town of Crossings and threatens to destroy what little they have, Johnny teams up with the no-nonsense Abigail to wage the next war in the ultimate battle of Good versus Evil with nothing but his fiddle for a weapon. Infused with American Folk and bluegrass, this gripping tale will have you stomping your feet and clapping your hands in no time.

Book and Music by Cheeyang Ng

Book and Lyrics by Eric Sorrels

At the center of the story is Maya Mehta, a Cambridge-educated girl from India striving for recognition as a poet in the West, while her family plans her wedding to a wealthy prince. But in one life-changing moment, the Salt March, led by Mahatma Gandhi against the tyranny of the British Empire, arrives on Maya’s doorstep. When Maya joins the thousands in their quest to shake the foundations of an empire, the Mehta family’s world changes forever. With a score that fuses Western pop and Indian Classical music, MĀYĀ is about the ties that hold us, the illusions that bind us and the truth that can finally set us free.

Book, Music and Lyrics by Christopher Anselmo and Jared Corak

Andi was born on the night of the biggest hurricane Florida has ever seen. Raised by "Pop", her master storyteller of a grandfather in their roadside shop full of mystical relics and oddities, her imagination is topped only by her devotion to family. When forces nefarious and natural combine to threaten that family, Andi must journey to the ends of the Earth - or at least into the dankest swamp in Florida - to save the day. This joyful story of imagination will inspire audiences of all ages and reminds us that home is more than where we keep our stuff. 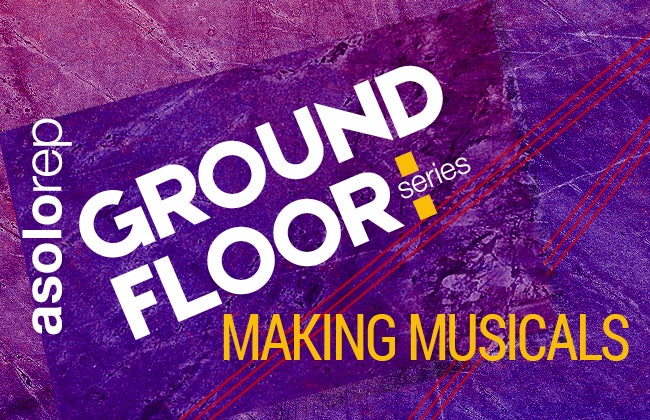