Asolo Rep proudly recognizes our Crystal Society members who, over the course of their lifetimes, have made extraordinary gifts or pledges of $1,000,000 or more for the Theatre’s Annual Fund, Endowment and Capital Projects.  Our Crystal Luminaries have made gifts of $5,000,000 or more.  Members are listed in order of induction.

To learn more about becoming a member of the Crystal Society, please contact Development Director, Benjamin Luczak, at 941-351-9010 x4700 or [email protected]. 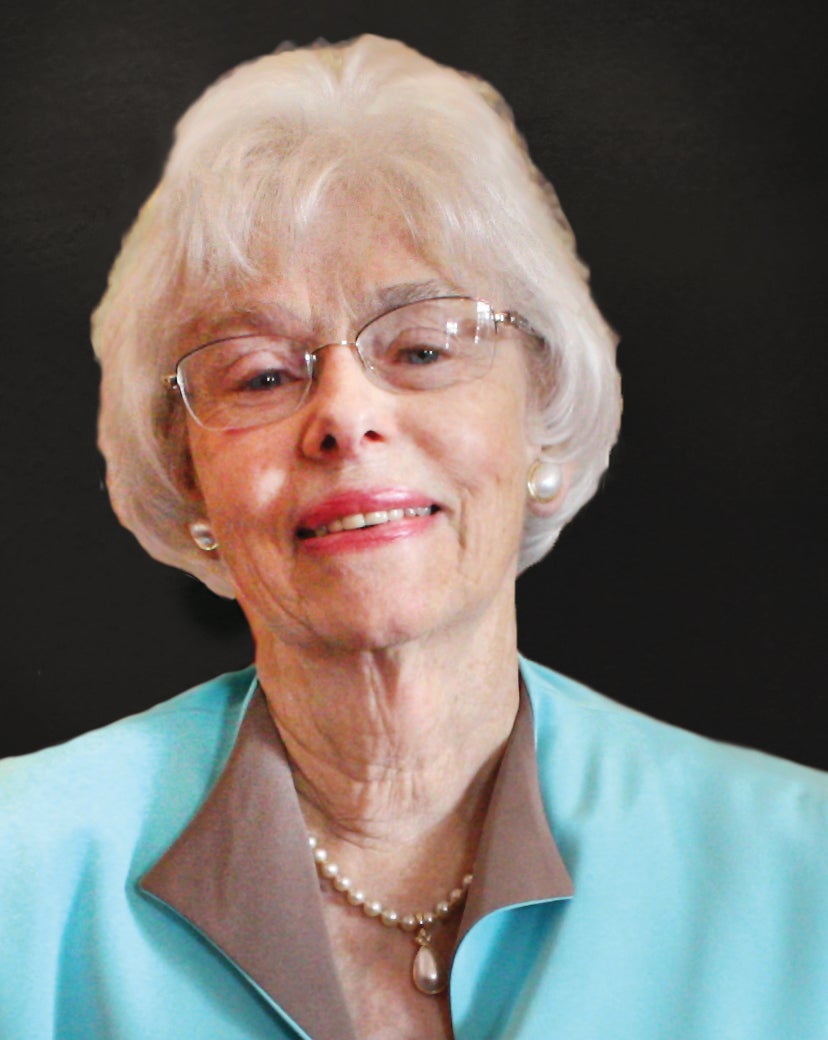 Since the 1960s, Asolo Rep has been a part of Bev’s and her family’s life in Sarasota. Access to this theatre has opened portals to the imagination and introduced cultural activities that have become lifelong passions. She and Bob would bring their children to performances in the “old” Asolo Theatre when it was housed at the Ringling Museum, and deepened their involvement as the theatre grew. Inspired by Bev’s personal connection to the theatre, she and her family help to make new memories possible for today’s patrons, young and old. The Robert and Beverly Koski Production Center is a testament to this family’s ongoing support of Asolo Rep and its artistic and educational missions. 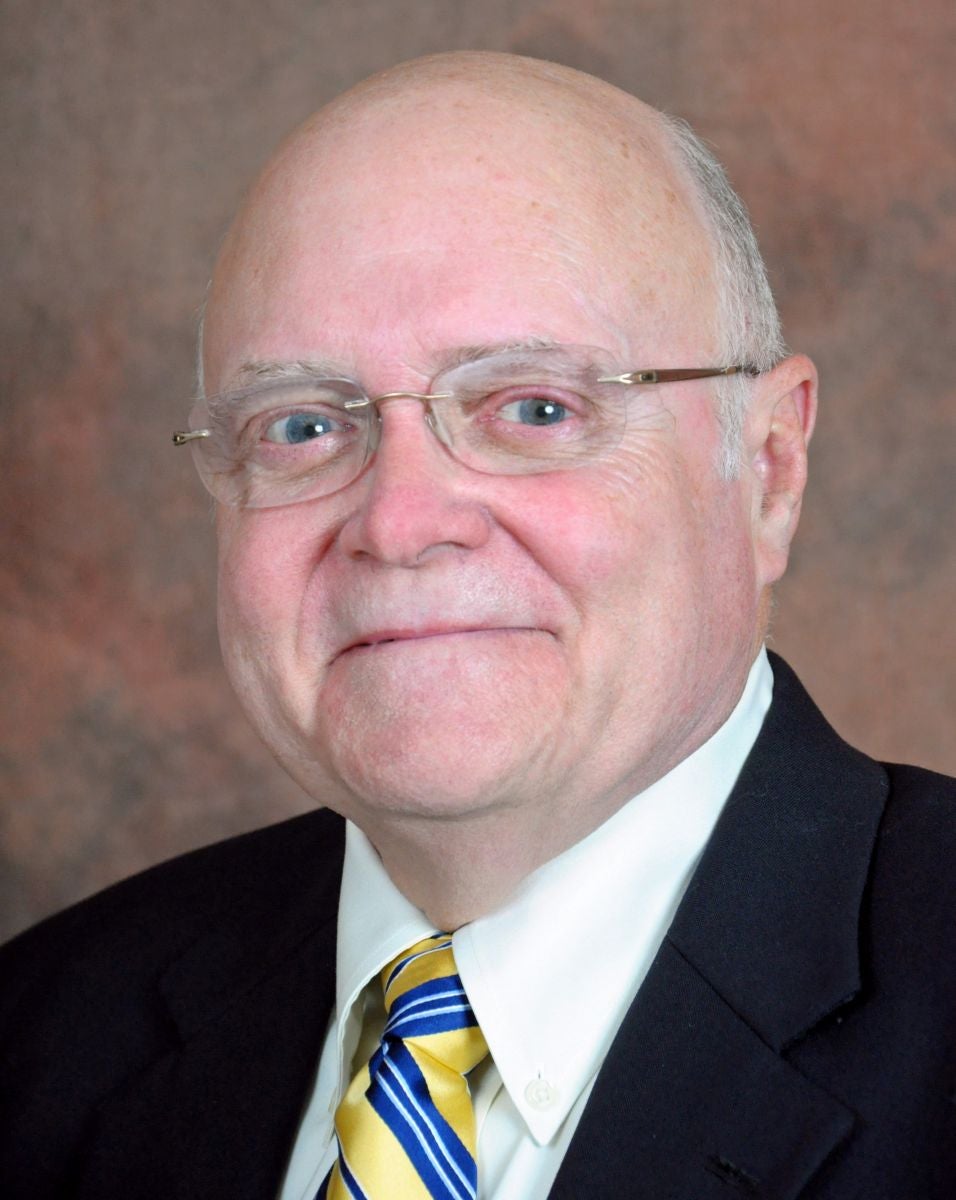 WILLIAM A. YANDOW in memoriam

Bill’s involvement originated in 2008 when he began sponsoring “a special kid from Kuala Lumpur.” He officially sponsored Ghafir Akbar, Kevin Stanfa, Benjamin Boucvalt, Tony Stopperan, Jesse Dorman, Zlatomir Moldovanski, Benjamin Williamson, Jory Murphy, and Josh James, and made eternal friendships with many other Conservatory students. Ever cognizant of the Conservatory and Theatre’s mutually beneficial relationship—and the importance of supporting each—he expanded his giving to include marketing initiatives and a capital gift to help purchase artist housing, and he enthusiastically supported the Angels, Directors’ Society, and Artistic Excellence Society. December 2018 will see the dedication of the William A. Yandow Box Office in his honor. A round of applause to you, Bill, for encouraging the Theatre and Conservatory’s artistic advancement and for the generosity and affection you have shown our young theatre artists!

Esther M. Mertz was a most loyal and long-standing champion. Her support began in the early 1980s and a contribution in 1989 in memory of her husband made possible the installation of the Dunfermline Opera house, now named The Harold and Esther Mertz Theatre in their honor. In 2003, Mrs. Mertz provided a lead matching gift to the Asolo Theatre Endowment Fund. In 2004, she funded the search for Producing Artistic Director, Michael Donald Edwards, and in 2005, she shared in the cost of renovating the theatre’s lobby. Beginning in 1993, she provided the FSU/Asolo Conservatory with endowed gifts that have historically supported up to five students each season and will continue to support students in the years to come. We miss you, Esther, and you will always be The First Lady of Asolo Rep.

Elegant and refined, Mrs. Ulla R. Searing graced Asolo Rep with her presence for more than four decades. A bold supporter of the arts and honored member of the Sarasota community, Mrs. Searing gave generously to our area’s most prized arts organizations. Asolo Rep is deeply grateful for the bequest Mrs. Searing granted the theatre. Her handprints are displayed on the theatre’s terrace, reminding us all of her love of Asolo Rep. Thank you, Mrs. Searing, for all you have done for Asolo Rep and for this community.

LEE AND BOB PETERSON in memoriam

Generous patrons of many Sarasota arts and service organizations, the Petersons always said, “Asolo Rep is the joy of our lives.” Their enthusiasm for the groundbreaking work of the theatre under Michael Donald Edwards’ leadership translated into their founding support of the Artistic Excellence Society. A bold matching challenge issued by the Petersons during Michael’s first season led to an overwhelming response from board members, a true vote of confidence for the new Producing Artistic Director. Lee’s vivacious chairmanship of many Asolo Rep events and Bob’s steady hand as former Board Chair and co-chair of the Capital/Endowment Campaign meant so much to Asolo Rep over 24 seasons. We sadly miss their presence in the board room and on opening nights, but dearly cherish their memories.

Joan leveraged her prolific poetic talents to support her beloved Asolo Rep: the proceeds from sales of her two published volumes of poetry were designated to benefit the theatre. A true aficionada of all the arts, Joan was a faithful and ardent member of nearly every opening night house, as well as an enthusiastic member of the Asolo Rep Adventures travel club. Her capital gift to name Asolo Rep’s Joan Armour Mendell Scenic Studio was grandly celebrated in February 2012. Walt Whitman said, “To have great poets there must be great audiences,” and in Joan, we were fortunate to have both. 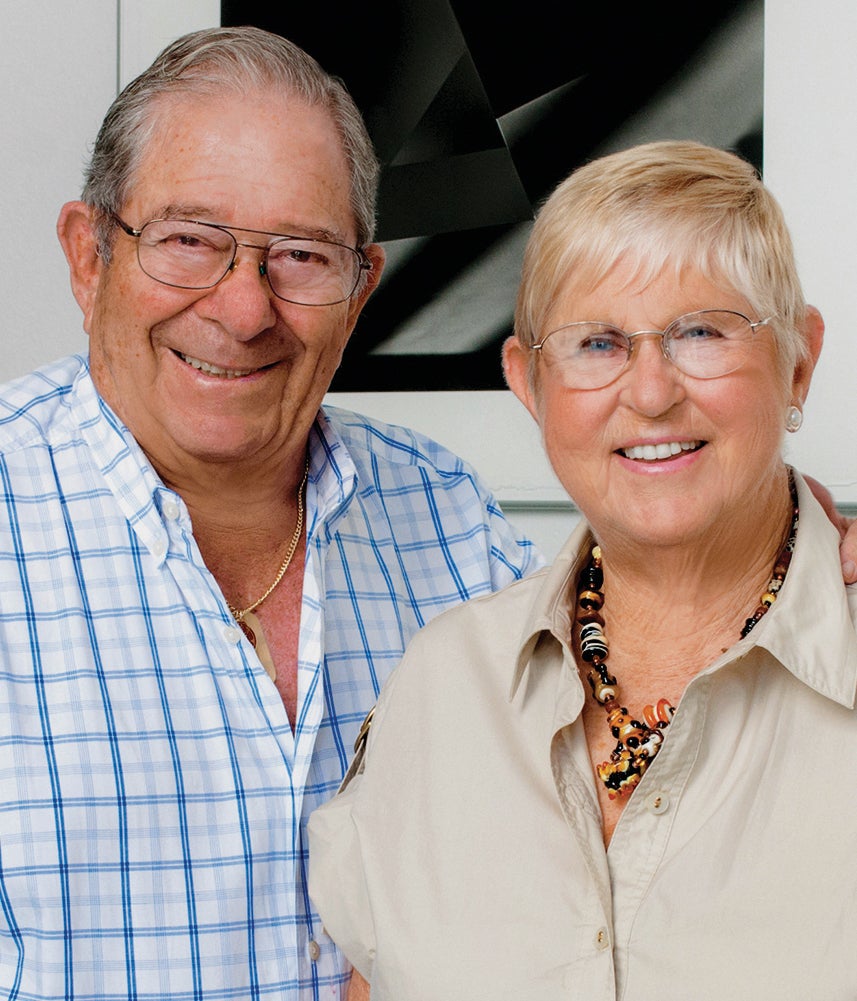 When Margot and Warren moved to Sarasota in 1994, Artistic Director Howard Millman introduced them to Asolo Rep. The Covilles have since learned that the productions here rival anything they have ever seen on Broadway or the West End. Margot and Warren have been passionate and generous Fellowship sponsors since 2004, and they have been inspirational philanthropic leaders for Asolo Rep and many other organizations. Past-president of the Asolo Rep board, Warren also served as the Chair of the Capital/Endowment Campaign for seven years, providing valuable leadership at its launch, guiding and growing the new endowment, and completing several key capital initiatives. Finding Sarasota a world-class city, the Covilles have worked for the last 24 years to improve its visibility and viability as a nexus for the arts.

Maurie and Jack’s immersive involvement in the Student Sponsorship program has opened many new opportunities for them in their retirement. “Watching the growth and development of our students’ talents has enriched our lives beyond expectation. Being constantly energized and inspired brings a new dimension and meaning to being senior citizens.” Recognizing the interdependence of the Theatre and the Conservatory, they have sculpted their estate plan to support not only student fellowships but also Conservatory needs and Asolo Rep programming. Maurie and Jack’s philanthropy beautifully personifies the many facets of a Crystal!

A very generous member of our community has chosen to make this gift anonymously. Although we cannot display a photograph, we would like to paint a picture in your mind’s eye. As a patron who has been enjoying Asolo Rep performances for many years, this member of the Crystal Society made the first gift to qualify for the Endowment Matching Challenge in 2013 with a grand generous gesture in support of the Producing Artistic Director’s position. Many thanks for your unstinting kindness that will sustain Asolo Rep for generations to come!

A three-time board president, Stanley’s vision and ardor helped the theatre survive and flourish through many challenges. In 1996, he brought his business know-how and strong community ties to bear to put Asolo Rep back on a path of fiscal health, and established a cash reserve campaign to insure financial stability into the future. Working with Florida State University and Sarasota Ballet, he helped turn the FSU Center for the Performing Arts into a vibrant, bursting-at-the-seams hub of creativity and excellence. In 2006, Stanley was instrumental in elevating the theatre’s Heritage Society—honoring donors whose estate plans include a testamentary gift to Asolo Rep—and increasing awareness of the need to provide for the organization’s future through deferred gifts. 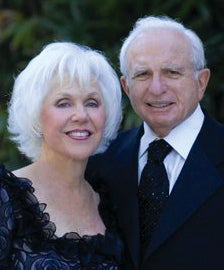 Chuck and Margie are strong supporters of Asolo Rep and its mission to bring the highest level of adult and family theatre to our community, while also engaging our local schools and students. Chuck has served on the Asolo Rep board for seven years, and he and Margie look forward to being part of an ever-increasing degree of professionalism in all of the Theatre’s endeavors. 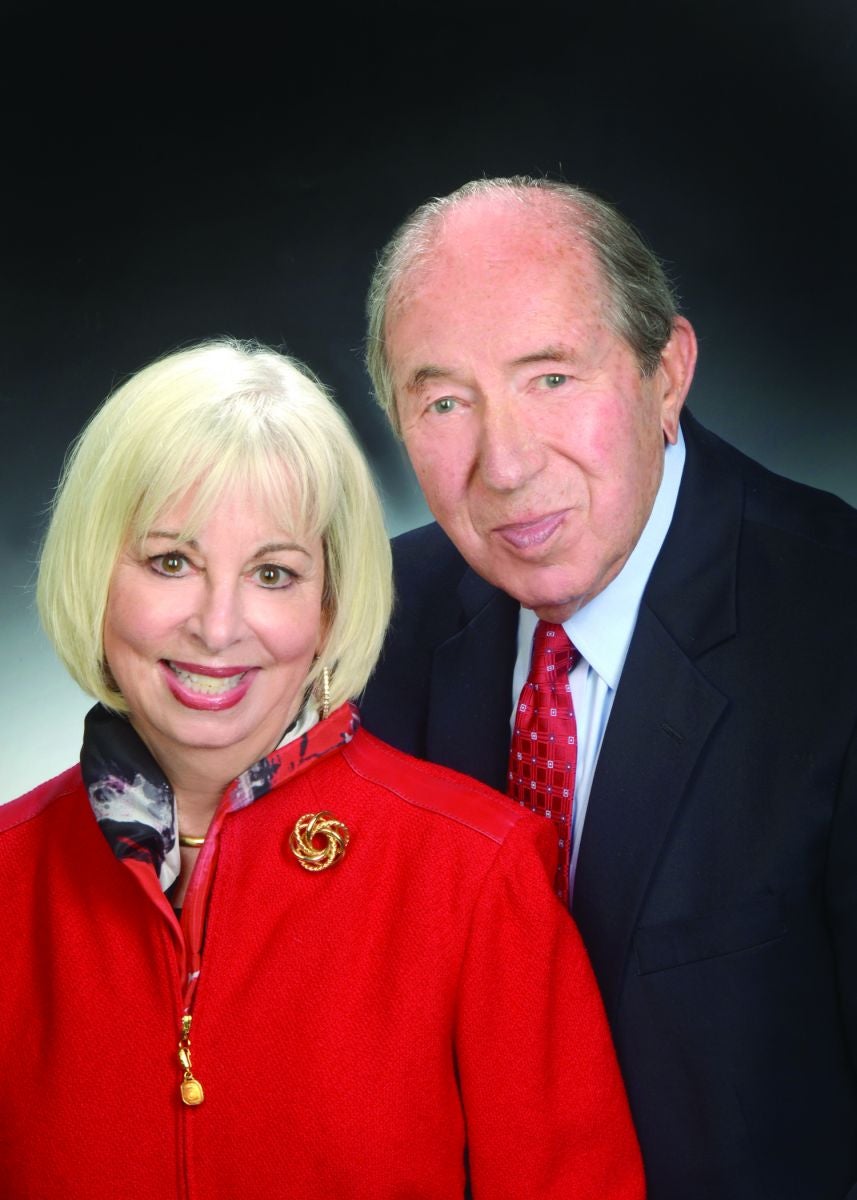 An Asolo Rep board member since 2006, Herman has been extremely active and generous as co-chairman of the Facilities Committee—negotiating, strategizing and supporting the decision to purchase and renovate the Robert and Beverly Koski Production Center, acquire thirteen apartments that comprise the Warren and Margot Coville Guest Artist Housing, and secure the Phillips Club residence in New York City. In 2016, the Frankels’ gift made possible the acquisition of a much-needed adjunct facility, the Herman and Sharon Frankel Asolo Rep Annex. The Frankels share a deep commitment to Asolo Rep and a willingness to provide the passionate and financial support so necessary for the theatre to thrive. As Crystal Society members, Sharon and Herman’s philanthropy shines through many facets of their beloved Asolo Rep! 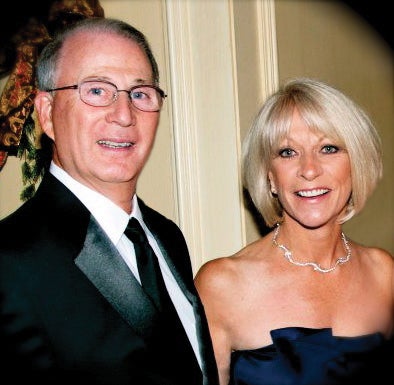 in memory of Dori Haspel

Originally from Northbrook, Illinois, Larry, Debbie and their family have always admired, enjoyed and participated in the performing arts. Since moving to Sarasota in 2009, they have been active philanthropists, serving in leadership positions across many organizations. As supporters of Asolo Rep’s productions and education programs, they say, “For years, we have enjoyed the theatre, but we have never felt so connected with a performance as we do at Asolo Rep. This theatre provides a unique experience where the stimulating conversation that live performances provoke is heightened by our engagement with the actors.” Larry and Debbie joined our Crystal Society in the 17/18 season with their second endowment gift, made in memory of their daughter Dori Haspel. 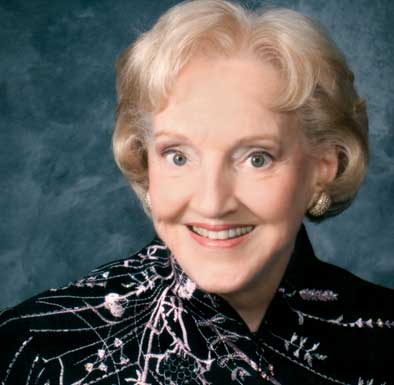 VIRGINIA B. TOULMIN, in memoriam

A keen businesswoman with a generous heart, Virginia was amongst our greatest friends and benefactors throughout her life in Sarasota. Upon graduating from Washington University, Virginia became a stewardess nurse on the B&O railroad. There she met her husband-to-be, patent attorney Harry Toulmin, Jr. Harry encouraged Virginia to apply her medical knowledge and Midwest common sense to his business ventures, including Central Pharmaceuticals. Virginia steered the company to tremendous growth, sowing the seeds of her philanthropic legacy. She helped many Sarasota cultural organizations become what they are today. In her 2006 Hall of Fame video, CVA remarked, “her unselfish spirit, gentle wisdom, and quiet generosity serve as an example for others to emulate.” We were grateful to induct Virginia into our Crystal Society posthumously, celebrating her as a forever member of the Asolo Rep family. 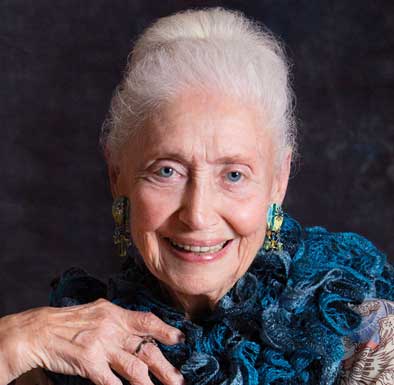 Born in Germany to Austrian parents (her father was an opera singer, her mother, an actor), Eva arrived in America in 1939. As a NYC theatrical agent, Eva nurtured the careers of artists including James Earl Jones. In 1964, she married Stephan Slane, founder of the North Shore Music Theatre, once New England’s largest not-for-profit theater. Eva follows her lifelong passion for theater and encouraging youth by serving on the boards of Westcoast Black Theatre Troupe and Asolo Rep. Her support of our partnership with the FSU/Asolo Conservatory has seen her sponsor 17 students since 1998!  Her generous and caring nature is treasured by everyone she meets. Eva joined the Crystal Society in 2018 by virtue of her annual gifts to Asolo Rep over many seasons, and her planned gift designated for student fellowships.

Asolo Rep Board member Charlie Huisking is proud to support Asolo Rep and the FSU/Asolo Conservatory through both the Huisking Foundation and a fund at the Community Foundation of Sarasota County established by his late parents, Charles and Lillian (Pat) Huisking. “My parents loved Sarasota and the Asolo, and they started taking me to performances there in 1963, when I was in grade school,” says Huisking. “This theatre has been an integral part of our family life. I know my parents would be proud to see what it has become under Michael Donald Edwards.”  We welcome Charlie into the Crystal Society this year based on his inclusion of Asolo Rep in his estate plan and a nearly 30-year history of annual contributions.