The winner of four Tony® Awards, Lerner and Loewe’s classic 1960 musical defined an age when integrity, courage, and goodness prevailed as the ideals of humankind. King Arthur has created a utopian land of chivalry and civil rule. But when his beloved Queen Guenevere falls in love with Sir Lancelot, the king’s most trusted knight, true honor is put to the test. With one of Broadway’s most enchanting scores featuring the hauntingly romantic “If Ever I Would Leave You,” “I Loved You Once in Silence,” and “Follow Me,” Camelot gets a streamlined concert staging by Asolo Rep Associate Artistic Director

Celine Rosenthal, with new orchestrations by Tony-nominated Steve Orich. This exquisite musical promises love at first sight, a castle in the distance, and an equal place for all. 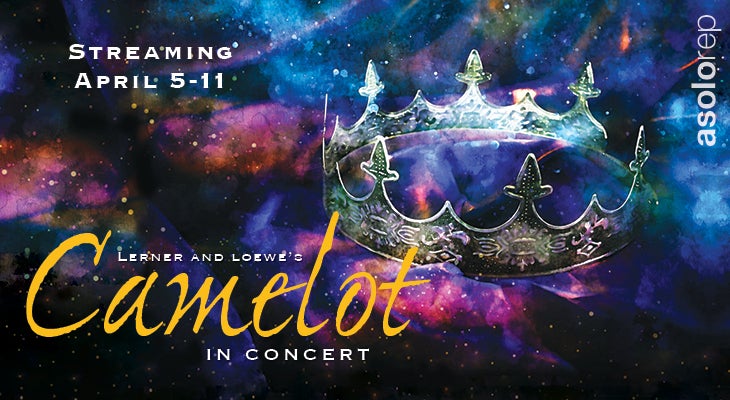