“A feast for the eyes, ears and brain.”  – West End Wilma

Eight actors, 109 characters, six trains, six boats, four flights, one storm, a circus act and an elephant take center stage when Asolo Rep partners once again with UK’s Kenny Wax Family Entertainment (Hetty Feather) to bring Around the World in 80 Days to Sarasota. When the mysterious and fabulously wealthy Phileas Fogg and his faithful servant Passepartout board the train in London in 1875, he has only 80 days to travel around the world to win a wager with his fellow members at the Reform Club. A grand adventure lies ahead in a spectacular journey that includes danger, romance and surprises with the illustrious Scotland Yard pursuing him at every turn.

Recommended for everyone 7 and up.

FAMILY DAY at Around the World in 80 Days Saturday, June 15, 2:00pm performance Pre-show activities begin at 12:30pm | Q&A with the cast after the show! Family Day is made possible, in part, with support from The Koski Family Foundation. 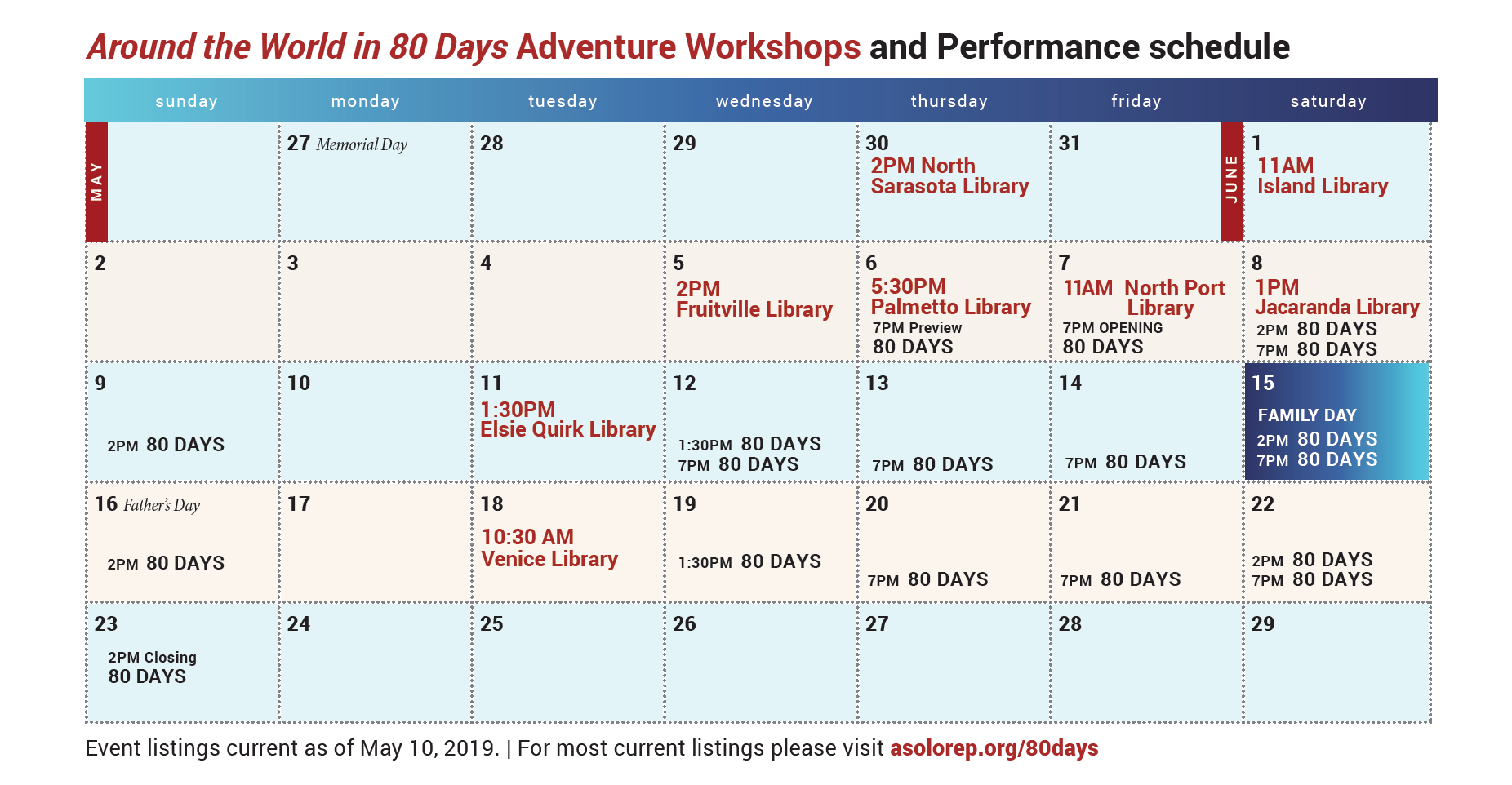 For all information of upcoming events and offerings.

THE SCOOP  |  The Scoop is offered free of charge for EVERY PERFORMANCE (opening nights excluded). Arrive one hour prior to any performance to hear the ideas and inspirations that contributed to the production you are about to watch.

SUNDAY SALON  |  June 16 - Immediately following the performance, audiences are invited to ask questions and learn more from members of the cast. FREE.