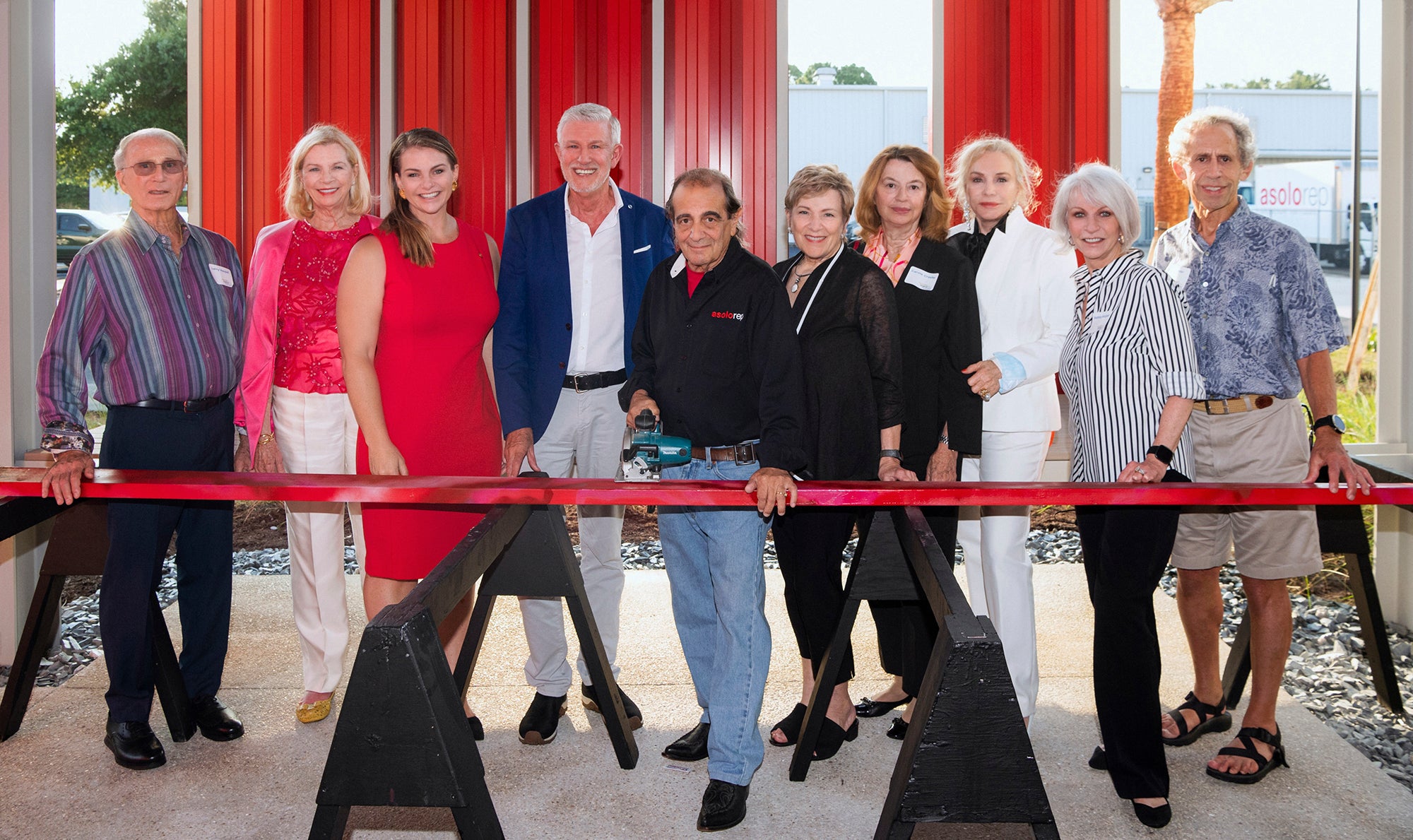 (SARASOTA, FLA) — On Thursday, June 23, Asolo Repertory Theatre officially opened the first phase of its Koski Center expansion with the cutting of a red two-by-four “ribbon.”

The Koski Center is located on Tallevast Road in Sarasota.

Asolo Rep thanks the following for their major gifts, which have been recognized in the new building:

Lobby and Trellis Furnishings made possible by Tom and Ann Charters

Having just completed its 63rd season, Asolo Repertory Theatre is recognized as one of the premier professional theatres in America and one of the largest in the Southeastern United States. One of the few select theatres in the nation that performs in true rotating repertory, Asolo Rep’s highly skilled acting company and extensive craftsmanship bring to life this unique performance method that gives audiences the opportunity to see multiple productions in the span of a few days. Asolo Rep presents up to 10 productions each season, including contemporary and classic works and provocative musical theatre experiences. A theatre district in and of itself, Asolo Rep is committed to expanding its reach into the community, furthering its collaboration with the best theatre artists working in the industry today and cultivating new artists through its affiliation with the FSU/Asolo Conservatory for Actor Training. Under the leadership of Producing Artistic Director Michael Donald Edwards and Managing Director Linda DiGabriele, Asolo Rep’s ambitious theatrical offerings and ground-breaking education and community programming engage audiences and ensure its lasting legacy for future generations. Visit asolorep.org to learn more.