(SARASOTA, FLA) — Asolo Repertory Theatre announces a new series to commission three plays by BIPOC (Black, Indigenous, and People of Color) playwrights and directors over the next three years. The Muriel O’Neil American Heritage Commission Series, made possible by a generous $75,000 grant from the Community Foundation of Sarasota County, is part of the Ground Floor program, a new work development initiative at Asolo Rep.

The three-year project will amplify the work of historically underrepresented voices of American theatre, giving the selected artists not only financial support, but an incubator to develop and experiment with their pieces in a supportive space, with an engaged audience.

"The arts are a window into many different experiences, and they provide opportunities to connect with diverse voices and viewpoints and, in the process, learn more about ourselves," said Roxie Jerde, President and CEO of the Community Foundation of Sarasota County. "By naming this new, important series that will unite artistic performances, discussions, and learning, the legacy of Muriel O'Neil will continue on through Asolo Repertory Theatre and the playwrights whose stories have yet to be told."

The first playwright featured in the series is Ty Greenwood, a recent alum of Carnegie-Mellon University’s dramatic writing program. His play, The Paradox of Education, is inspired by the writing of, and ongoing conversation around, James Baldwin. The Paradox of Education centers on six Black college students who have been lured into a predominantly white institution (PWI) through a Black Excellence scholarship that promises they will be well taken care of across their tenure on campus. They immediately find out they have been sold a falsity and come to realize that “skin folk ain’t always kin folk,” as the students confront the differences between them.

“Ty is an artist who needs the freedom to create, and we want to give him support so his imagination and creativity can flow,” said Asolo Rep Associate Artistic Director and Ground Floor Artistic Director Celine Rosenthal, who is curating the series. “This wonderful grant allows artists to explore in a way they may not otherwise be able to. We aren’t asking them to send us a script that’s ready to go. Instead, we’re asking what their vision is and how we can support it. We want these works to truly represent their voices, not their voices through our lens.”

A staged reading of The Paradox of Education will be presented in the Cook Theatre at the FSU Center for the Performing Arts on Monday, Feb. 28, at 7 p.m. Tickets are available in person at Asolo Rep's Box Office at 5555 N. Tamiami Trail, by phone at 941.351.8000 or 800.361.8388, or online at asolorep.org. There’s a suggested donation of $5, and proceeds will assist the Ground Floor program in supporting new and local artists.

The series is named for Muriel O’Neil, a Sarasota resident who volunteered with and supported several performing arts organizations in the area for many years. Upon her passing, her sister, Gertrude, dedicated her estate to support the causes that Muriel had a passion for, including Asolo Repertory Theatre. To date, the Muriel O’Neil Fund for the Performing Arts has provided more than $725,000 to Asolo Rep for a wide variety of needs that include infrastructure, education and creative support.

Officially launched in the 2019-2020 season, Asolo Rep’s Ground Floor is a place for artists to try new stories, characters and forms, as well as a place for audiences to see promising work in some of its earliest stages. Specifically focused on amplifying untapped stories from Black, Indigenous, MENA, Latinx, AAPI, LGBTQIA+, disabled and neurodivergent playwrights and creators, the program also gives audience members a chance to glimpse the future of Asolo Rep programming.

Entering its 63rd season, Asolo Repertory Theatre is recognized as one of the premier professional theatres in America and one of the largest in the Southeastern United States. One of the few select theatres in the nation that performs in true rotating repertory, Asolo Rep’s highly skilled acting company and extensive craftsmanship bring to life this unique performance method that gives audiences the opportunity to see multiple productions in the span of a few days. Asolo Rep presents up to 10 productions each season including contemporary and classic works and provocative musical theatre experiences. A theatre district in and of itself, Asolo Rep is committed to expanding its reach into the community, furthering its collaboration with the best theatre artists working in the industry today and cultivating new artists through its affiliation with the FSU/Asolo Conservatory for Actor Training. Under the leadership of Producing Artistic Director Michael Donald Edwards and Managing Director Linda DiGabriele, Asolo Rep’s ambitious theatrical offerings and ground-breaking education and community programming engage audiences and ensure its lasting legacy for future generations. Visit asolorep.org to learn more.

ABOUT THE COMMUNITY FOUNDATION OF SARASOTA COUNTY

The Community Foundation of Sarasota County is a public charity founded in 1979 by the Southwest Florida Estate Planning Council as a resource for caring individuals and the causes they support, enabling them to make a charitable impact on the community. With assets of $421 million in more than 1,500 charitable funds, the Community Foundation awarded grants and scholarships totaling $48.9 million dollars last year in the areas of education, the arts, health and human services, civic engagement, animal welfare and the environment. Since its founding, the Community Foundation has been able to grant more than $323 million to area nonprofit organizations to our community thanks to the generosity of charitable individuals, families and businesses. For more information, visit CFSarasota.org or call 941.955.3000. 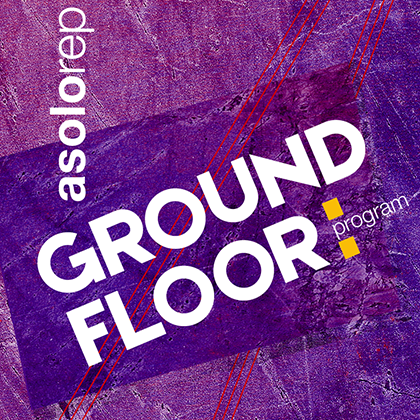 The Paradox of Education